Are you browsing Pinterest searching for pirate birthday party ideas only to questions what you can actually pull off without a team of designers making sure your party is picture-perfect? I feel ya, girl!

I was right there with you a few short weeks ago.

While I browsed Pinterest for birthday party ideas leading up to my son’s 5th birthday, I was inundated with so many staged birthday party photos. The perfectionist in me started to hyperventilate.

After sifting through all those photos, I made a shortlist of what was actually achievable in a relatively short period of time. And I’m here to share those pirate-themed party projects with you today to make your life just a little bit easier.

So do me a favor: Slow your scroll and crawl out of that rabbit hole.

Read on for all the details!

This post contains affiliate links, which means if you make a purchase through them, I may receive a small commission from a third party at no extra cost to you. All opinions are my own and I only share links to products I personally use, love and trust.

It all started with a simple request.

My son asked for a pirate themed party for his 5th birthday. It sounded easy enough, but then I went down the rabbit hole that is Pinterest.

I got a ton of ideas – but knowing that I was running short on time – only pulled the trigger on a few of them.

If you are like me – check out the details of the actual birthday party I threw for my son below.

Scroll through and select what appeals most

From the off-the-shelf Amazon decorations to the super easy (but ohhhh so delicious) lemon bundt cake to the easily recreated Cricut projects, I have all your bases covered.

Let me know if you have any questions on anything! I want to make sure your pirate birthday party is the best it can be! Now let’s get to it, shall we?

So if you are reading this blog, you are probably aware that I post mainly about gift ideas alongside these party round-ups. That said, I can’t help but start out with all of my son’s favorite pirate-themed gifts he received.

I’m willing to bet if your kid is asking for a pirate birthday party, he or she would most definitely enjoy a gift (or two) of the pirate variety!

Without further delay, here are our favorite pirate-themed gifts:

Again, easy execution was the driving force behind this pirate project. But I also wanted a party favor that could keep the party going long after the candles were blown out and the cake was demolished.

Why not treat your guests to a little pirate dress-up after they head home? And chocolate. Because chocolate is always a good idea.

This year I sent everyone home with these adorable pirate party favor bags. Each cellophane bag included an eye patch, a fake mustache (which were part of the pirate theme decorations I purchased from Amazon), and plenty of gold and silver wrapped chocolates, like Hershey’s Nuggets, Rolos, and foil-wrapped coins.

If you’d like to avoid the hassle of finding free pirate-themed party favor tags, just do yourself a favor and download mine!

*I used Hershey Nuggets, gold chocolate coins, and Rolos, but you could also include Hershey Kisses, Werther’s Caramels, and/or gummy sharks.

FULL DISCLOSURE: I did NOT make this amazing treasure chest, or the pirate map or the treasure hunt clues. My super talents sister did.

She is for real the most creative person I know. Not only did she make the treasure chest, hand-draw the pirate map and create the treasure hunt clues, but she also filled the chest with pirate-themed gifts AND THEN shipped it from California.

Yes, she wins auntie of the year!

After picking her brain, here’s how I pieced together her process for making this pirate treasure chest and treasure hunt gift. If you have any questions, let me know! And if I don’t have the answer, I’ll ask my sis and get back to you ASAP!

The gifts she included:

Since I made the party favor gift tags, pirate-themed shirts, and the birthday cake and cake topper myself, I was all about finding some shortcuts in other areas.

I found this super cute pirate party pack, and I’d buy it again in a heartbeat.

PRO TIP: Take the foil balloons that come in the pirate party pack from Amazon to the Dollar Store and have them inflated with helium. It’s so much cheaper to do it this way! (note: they will only inflate the foil balloons, not the latex ones).

In addition to the pirate decorations I purchased from Amazon, I added:

This may be one of my favorite parts of planning a party: the food! I took my son’s favorite foods and incorporated a little pirate flare.

Well technically I sent a panicked text to my book club asking for lemon cake recipes first and THEN turned to Pinterest. (Details, details)

Anyway, after being pointed in the right direction by my lovely friend Emily I spotted the details of this lemon bundt cake recipe by Love from the Oven and knew this was it!

Boy ohhhh boy. This is one of those cakes with a permanent home in my recipe box. I just know I’ll be making it every summer from here on out!

It’s lick-the-plate good. I’m telling you: make this! If not for your pirate birthday party, then treat yo’ self to this intensely lemony, moist (sorry, no other word describes it as well) and dense bundt cake ASAP.

***But if chocolate cake is more your style, you MUST try the cake I made for last year’s volcano themed birthday party. This ridiculously delicious (yet totally easy) chocolate cake recipe by Add a Pinch would also work for this pirate themed cake.***

As for the icing, I used the cream cheese icing from the lemon cake recipe at Love from the Oven, but decided to add some blue food coloring.

I was trying to make the cake look like the sea and added crushed graham crackers to the base of the cake to represent sand. Did I pull it off?

For the finishing touch to my son’s cake, I made a pirate ship cake topper with the help of my Cricut. If you’d like to recreate my cake topper FOR FREE, follow these steps if you have a Cricut Explore Air 2:

STEP 2: DOWNLOAD IMAGES AND UPLOAD THEM TO YOUR CRICUT DESIGN SPACE

For the pirate ship image, I used an image I found on iconspng.com and downloaded and then uploaded it to Cricut Design Space using the directions below.

STEP 3: ADJUST SIZING FOR YOUR CAKE

STEP 4: SEND THE PROJECT TO YOUR CRICUT

Adhere your cardstock on one of your Cricut cutting mats, and load your Cricut Explore Air 2 like normal. Follow the prompts and watch as the design takes shape!

STEP 5: GLUE ON THE NUMBER AND DECORATE YOUR CAKE

If you prefer, you can add wooden skewers to the back of the cardstock using double-sided tape if this topper will be added to a tradition layer cake.

But because my topper was going on a bundt cake with lots and lots of thick icing, I stuck the cardstock directly into the icing and it held itself upright.

If you recreate this pirate ship cake topper, I’d love to see how it turns out!

If you know me at all, then you know I wouldn’t dream of throwing a party and not have coordinating pirate-themed t-shirts! I mean, come on! This girl loves to fire up her Cricut any chance I get!

If you’d like to make the same shirts, I purchased these svg files from Fresh Cuts Studio and Doodles Express on Etsy. For a complete Cricut tutorial – from downloading the files to installing them in Cricut Design Space to ironing on the vinyl – check out any one of my t-shirt gift posts!

So There You Have It: My Complete Pirate Birthday Party Round-up

I hope this post saved you tons of time browsing Pinterest and gave you insight into what is actually doable in a minimal amount of time. If nothing else, I hope this post gave you some inspiration to get your own creative juices flowing!

I’d love to hear and see how your party turned out! Leave me a comment or tag me over on Instagram!

IN NEED OF ADDITIONAL GIFT & PARTY INSPIRATION? I GOTCHU…

AS ALWAYS – IF YOU NEED HELP BRAINSTORMING OR CREATING A CUSTOM GIFT, PLEASE REACH OUT TO ME! I’D LOVE TO HELP!

More later! The craft room is calling, and I must go…

OTHER PARTY PROJECTS YOU WILL LOVE: 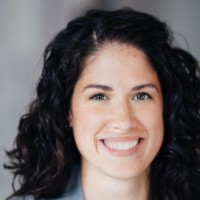 Natalie Administrator
Natalie Menke, the self-proclaimed Gift Guru, is always thinking about the next gift she is going to give. Her hope is to provide boundless inspiration for completely customized and personalized gifts. Happy gifting!
web
https://nataliemenke.com
email
natmenke@gmail.com
follow me

GIFT GIVING IS MY LOVE LANGUAGE.

Are you wracking your brain trying to come up with a thoughtful gift for someone significant in your life? Stop stressing!

I help busy women show love and affection by creating and curating custom gift ideas that surprise and delight.

Natalie Menke is a participant in the Amazon Services LLC Associates Program, an affiliate advertising program designed to provide a means for sites to earn advertising fees by advertising and linking to amazon.com.

(And don't worry, I hate junk mail as much as the next girl. Unsubscribe anytime!)

Gift-giving inspiration, tutorials and freebies are on their way to your inbox!